Twenty-five years ago, this serene neighborhood in northern Rwanda was caught up in the horrific genocide, which took more than 800,000 lives across the country.

Today, a group of women and men are gathered at the same area that saw such violence, but now they dance and sing. Just days before Rwanda commemorated 25 years since the end of the genocide, these women and men – all community health workers – are gathered to celebrate the advances they have made in their communities, saving lives through treatment and prevention of diseases. Rarely has a country recovered so quickly after a catastrophe and made such progress.

“Rwanda lost almost everything – infrastructure, human resources, even the confidence of the people. We had to build the country from scratch,” said Dr. Diane Gashumba, Minister of Health of Rwanda. “We had to raise awareness, engaging everyone in this effort to rebuild our country. What has made the difference is that we have a leadership that decided to invest in the people, to build upward from the community level.”

Between 1990 and 2017, life expectancy in Rwanda increased by 33 years – a faster gain than any other country in Africa. 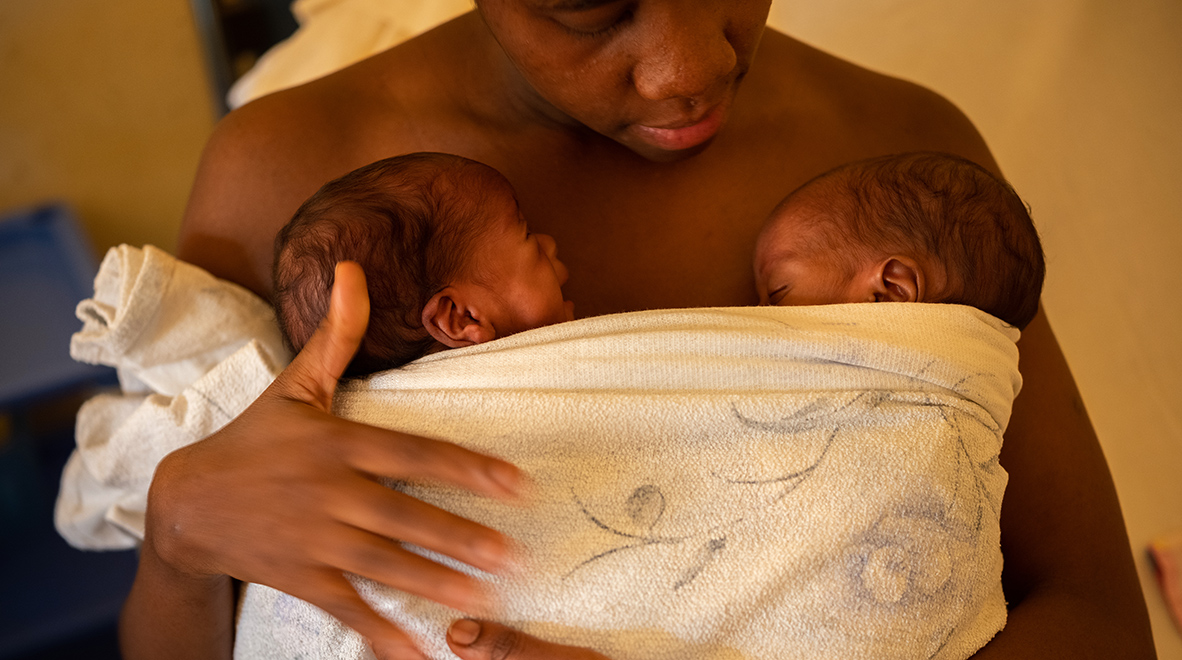 Since 1990, under-5 mortality has decreased by two-thirds and maternal mortality by three-quarters, while the percentage of women giving birth in health facilities has climbed from less than 40% to more than 90% today.
Copyright: Nichole Sobecki / VII for the Global Fund

How did the country rise from such from such challenges in such a short time? Some of the answers can be found in how Rwanda has invested in the health of its people.

Perhaps because the country lost so many lives so quickly, Rwanda’s leadership decided early in the rebuilding process that it needed to work harder and faster to save lives. When the genocide ended in July 1994, the health infrastructure had been decimated.

Today, there are many high-tech health solutions, such as delivering medical supplies via drones to remote villages. The technology extends beyond drones to encompass other elements, including a seamless information management system that sends real-time messages of individual health cases all the way up the Ministry of Health hierarchy – from the community health worker to the minister.

Dr. Gashumba says that from the beginning the government recognized health was a top priority in rebuilding the country. A significant part of investments in health has included deploying more than 58,000 community health workers who traverse villages looking for anyone with a sign of illness – from running a high fever to harboring a lingering cough – to connect them to care and treatment.

Disease surveillance by community health workers is pretty much what it sounds like: keeping an eye out for signs of sickness. It’s the bread and butter of community health work, and it’s essential to the fight against infectious diseases like TB and malaria. As the first line of defense against diseases in her community, Esther Mukagatare invests a significant chunk of her time in finding people with TB who could have been missed by the health systems. Her living room serves as a consulting room, from where she does a simple triage and sometimes testing for diseases like malaria. 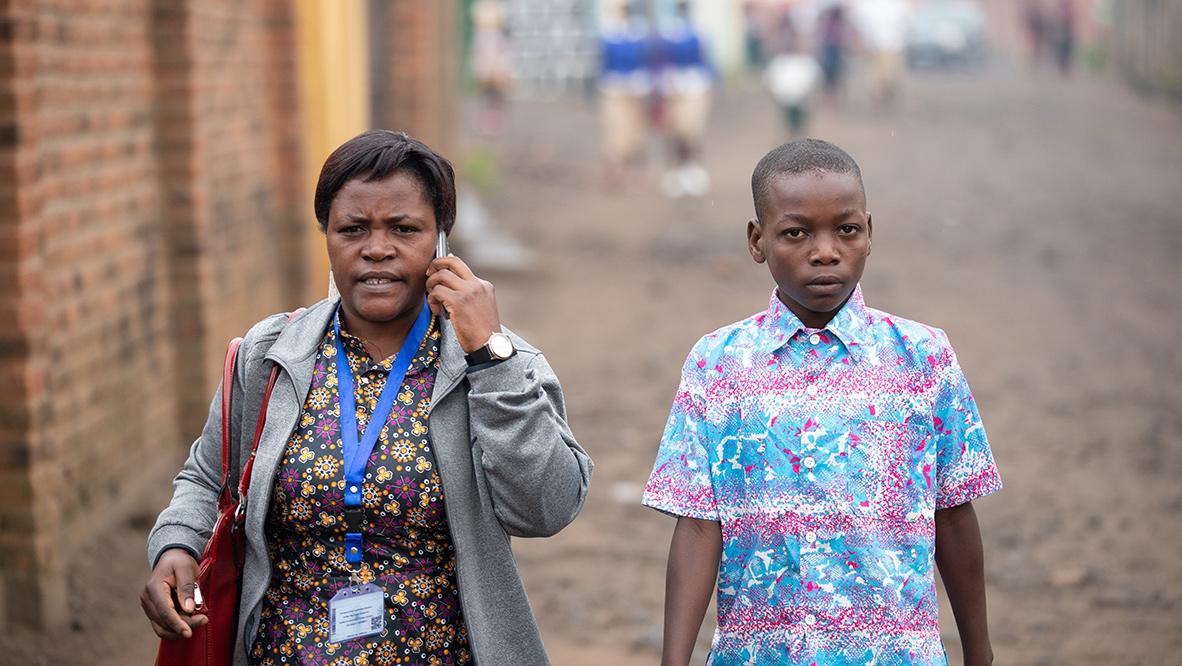 Cedric Irakiza is a 14-year-old orphan who arrived in Esther’s village about a year ago to live with a foster family. Esther supports all people in the village and monitors new arrivals, as she strives to see that everyone under her care remains healthy. 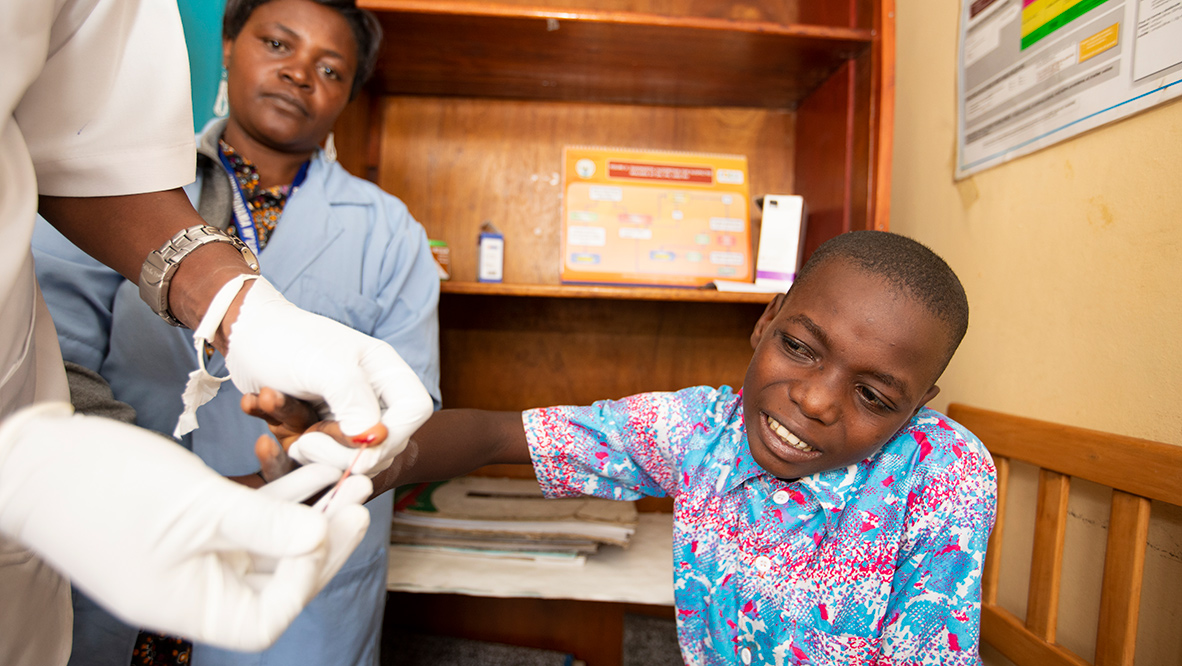 The community health workers also do unconventional work to prevent the public from diseases like malaria. On a recent visit to Bugesera district, Vincent Niyindorera, a community health worker, kicked off his shoes and socks and pulled up his trousers to the knees. He was demonstrating how he spends a six-hour night shift, baiting mosquitos to bite him. Then he captures the insects for use in assessing the impact of indoor residual spraying for malaria prevention. 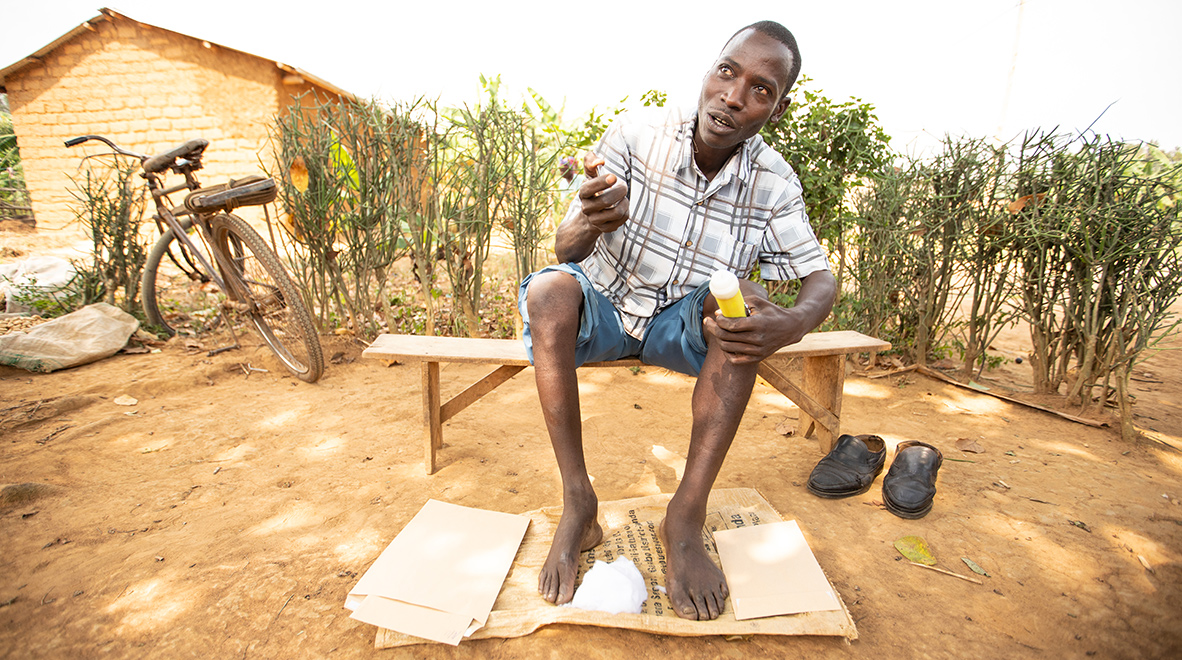 Community health worker Vincent Niyindorera explains how he uses his legs as a bait to catch mosquitos to help local researchers map mosquito behavior in his village. Four evenings in a month, Niyindorera gathers his tools of trade – a torch, a test tube and a pile of cotton wool – and prepares for a long night in the appointed test site. There he sits in the name of science, waiting for bloodthirsty mosquitos to come for him. The Global Fund / Vincent Becker

At the end of his shift, he delivers the mosquitoes to a lab where etymologists, Jackie Mupfasoni and Annonciata Kagoyire work to understand the feeding habits of the mosquitoes and collect real-time data of the insects present in the villages.

The laboratory seeks to understand whether the deadly anopheles mosquito is present and whether it contains malaria parasites that can be transmitted to humans. Niyindorera’s work is being used to make prompt policy and programmatic decisions to ensure that no Rwandans die needlessly of disease. His work is helping lead the charge in the fight against a disease that has killed many people in the country. 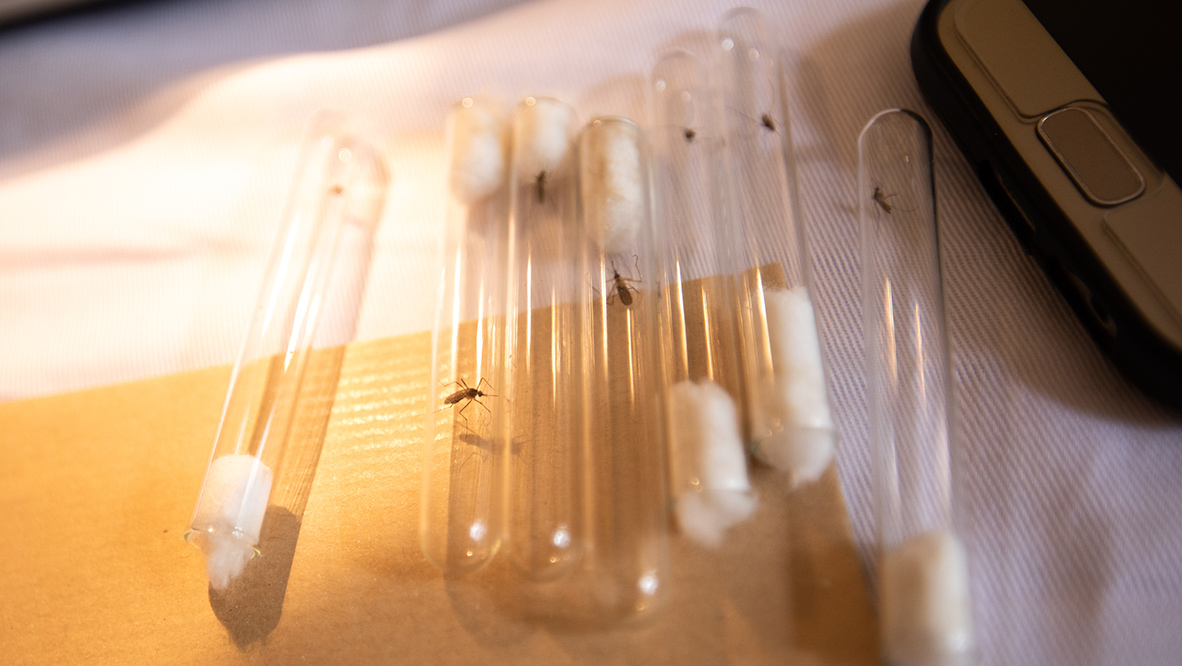 For all the innovations that have transformed the health of Rwandans, community health workers top the list. These men and women (60% are women) are distributed across the country as the first line of defense against diseases. They educate the public, they treat diseases, they help prevent possible outbreaks.

“We have a health system that is built from the community level, from the household level, a health system that focuses more on the preventive element as opposed to the curative side, says Dr. Gashumba. “We have decentralized everything to make sure that services are close to the people.”

At a busy border crossing between Rwanda and the Democratic Republic of Congo (DRC), health workers and leaders have taken action to prevent the Ebola virus from entering the country. The whole region has been on high alert since the Ebola outbreak that has killed more than 2,000 people in the DRC. 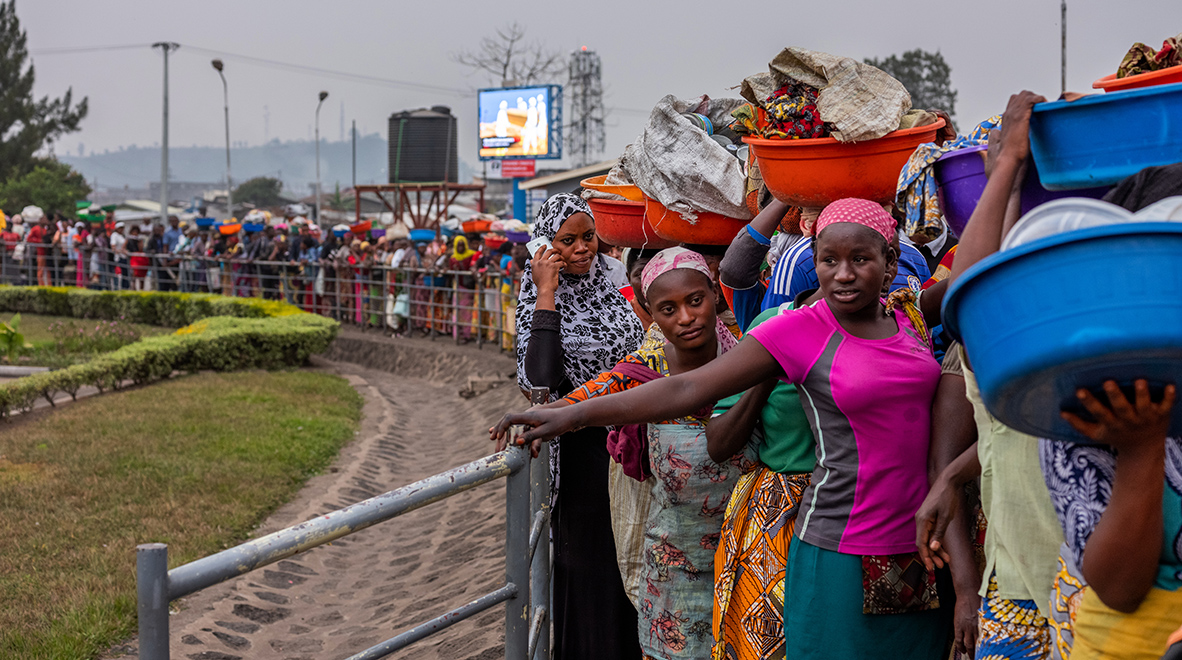 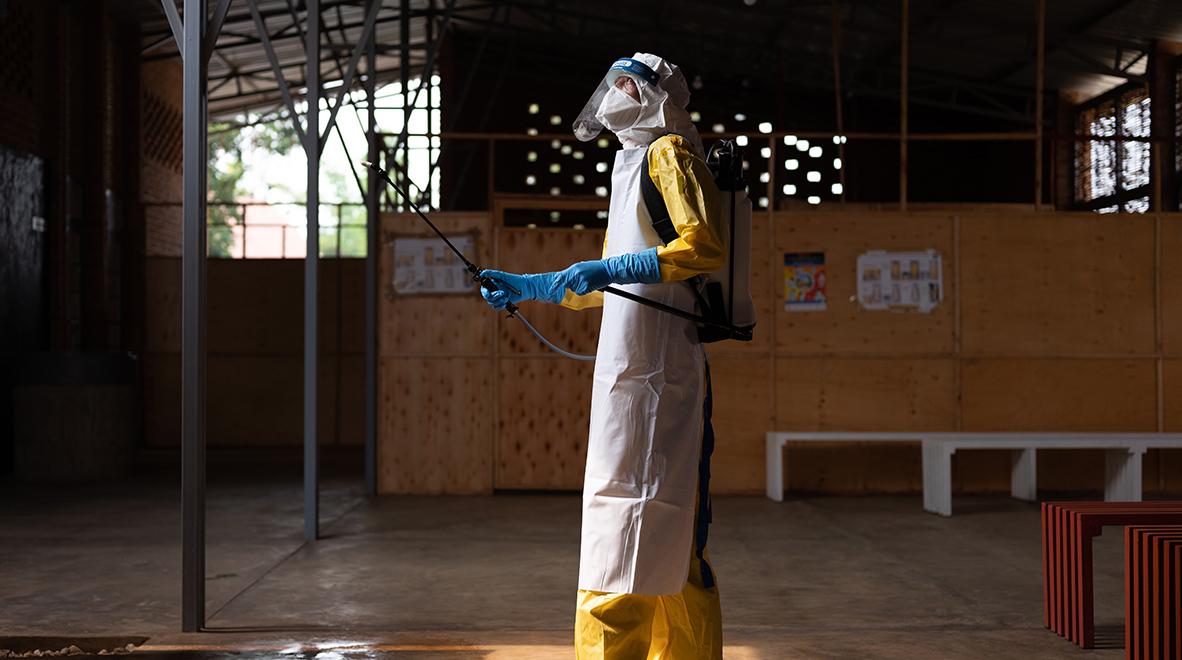 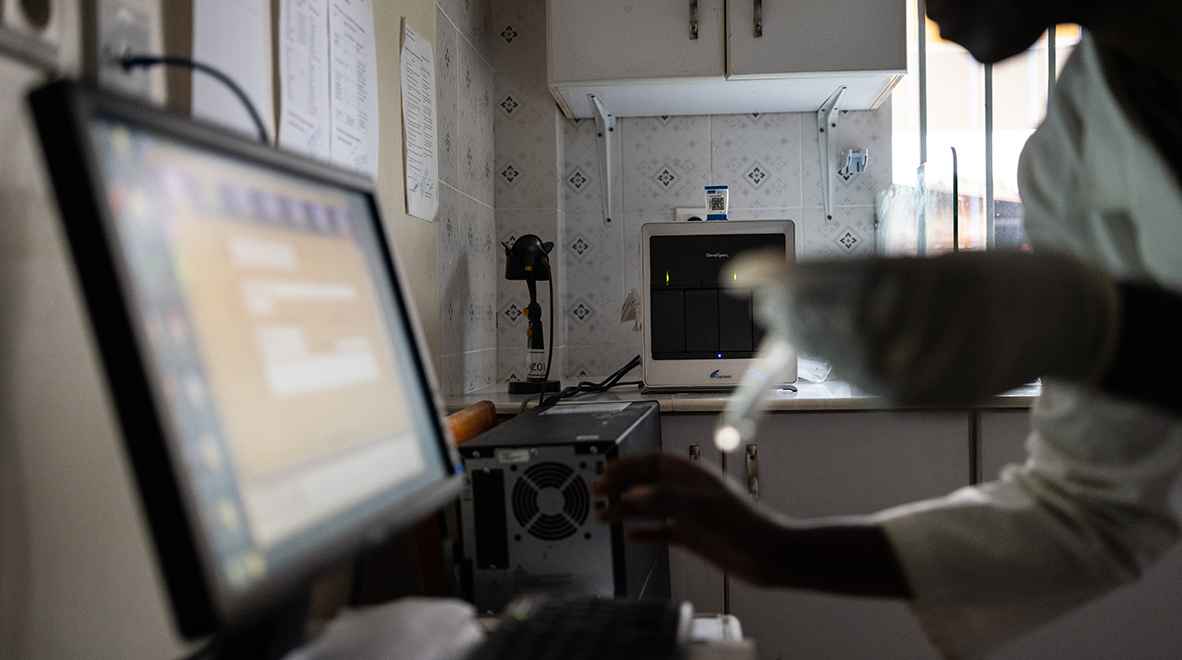 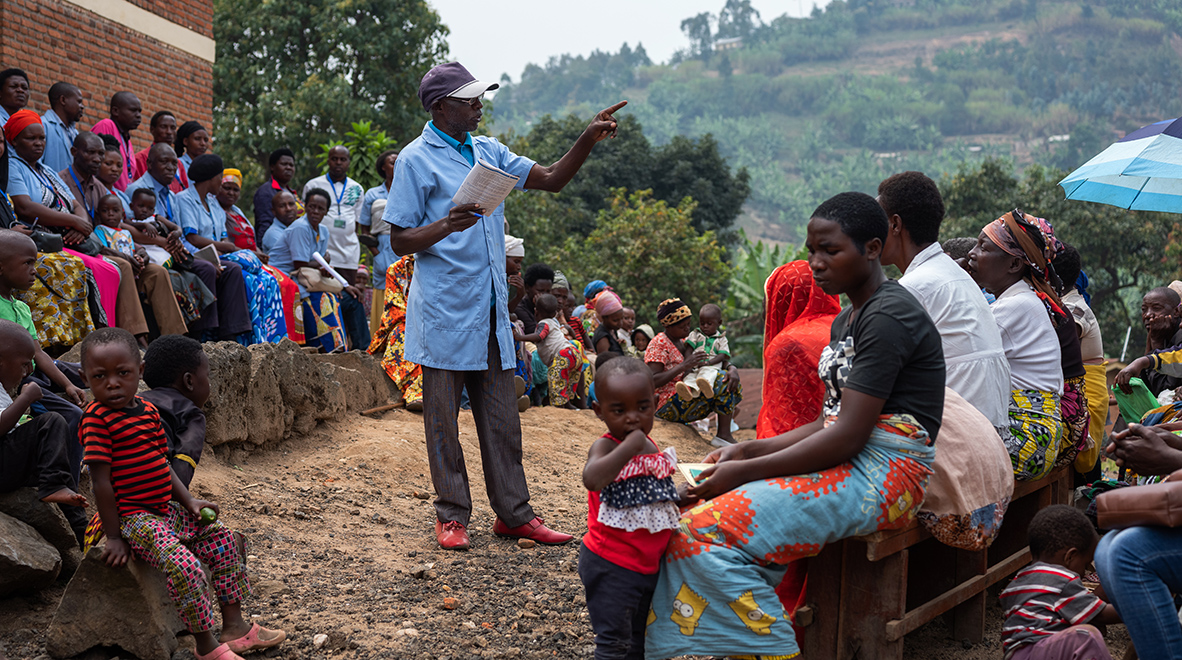 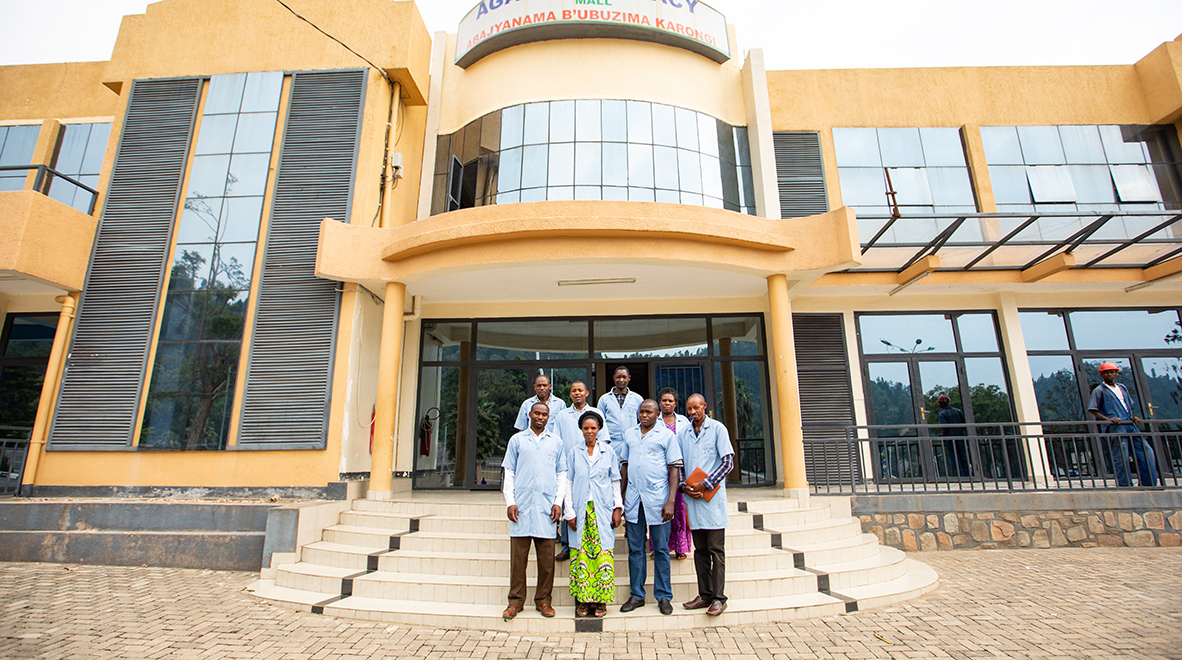 In Karongi district, the community health workers have pooled their allowances and their creditworthiness to attract sufficient resources to build a swanky new mall – one of the most noteworthy features in town. The mall is just one of their assets, which they rent out and earn money to build their economic independence. The future looks even brighter for these health workers. The country is building structures to enable it to pay the community health workers a regular salary – an improvement from the current arrangement where they get small stipends. Salaries would enable them to achieve even more. The Global Fund / Vincent Becker

Improved economic outputs create a virtuous cycle with each helping catalyze the development of the other: As the health outcomes of Rwanda improved, the country has experienced a remarkable economic boom – averaging more than 7% growth in the last 10 years. Beautiful smooth roads and sky scrapers are being built at one of the fastest paces in the world.

Rwanda is a new place, one that stands in sharp contrast to the nation that was roiled by genocide 25 years ago. That difference is not just in economic progress but also in a new generation of young people that sees itself as citizens of a nation, not members of this or that ethnic group. Rose Yambabariye, 22, who is a student employed to keep the books of the community health workers at the mall in Karongi captures that change succinctly, “Today, we do not have Tutsis or Hutus. We are all Rwandans.”