From Death Sentence to Hope: Turning the Tide on AIDS, TB and Malaria

If the world today is on course to halting AIDS, TB and malaria as epidemics, much of the success is owed to the tireless efforts of millions of health workers.

To mark the Global Fund’s 20th anniversary and the International Year of Health and Care Workers, we spoke to doctors, nurses and health volunteers in El Salvador, Kyrgyzstan and South Africa – three countries that have witnessed remarkable changes in the burden of the three diseases. Their experiences show that if there is any let-up in commitment, the deadly trio will come roaring back.

After over three years without recording a single case, in 2021 El Salvador became the first Central American country to be certified by WHO as malaria-free. It was the culmination of 50 years of hard work.

Following decades of success dating back to the 1940s, El Salvador experienced a resurgence of malaria as mosquitoes became resistant to common pesticides. In 1980, the country recorded a peak of 96,000 cases. “In the 1980s and ‘90s, malaria gave us no truce,” says Fidel Alvarenga Ruiz, malaria supervisor in Sonsonate, western El Salvador. 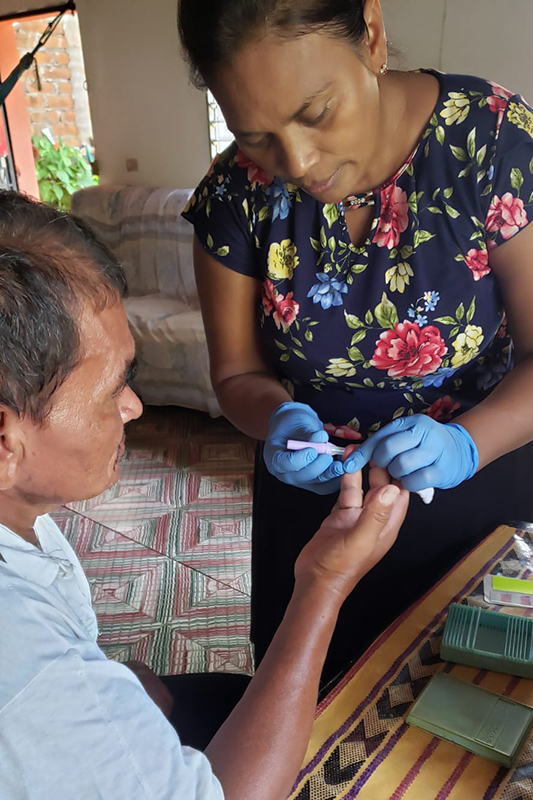 Thanks to a reorientation of the malaria program, which led to improved targeting of resources and interventions based on the geographic distribution of cases, the number of cases started to decline. In 2016, El Salvador joined a group of 21 countries with the potential to eliminate malaria by 2020. Through this initiative, organizations like WHO, PAHO and the Global Fund supported El Salvador, as well as the other 20 countries, to become malaria-free.

Esmeralda Sorto is one of El Salvador’s 2,700 volunteer malaria health workers. “When I started this work 27 years ago, there were many cases of malaria. People came in big groups to take the test,” she says. “Now nobody gets sick or dies from malaria.”

The challenge now is to prevent new cases of locally transmitted malaria and to make sure there are no imported cases, says Sorto. The large number of migrant workers, among other factors, makes it essential to maintain an efficient surveillance system.

While 40 countries and territories have been certified as malaria-free, the disease continues to infect hundreds of millions of people and kill more than 400,000 each year. In 2020, WHO warned that the COVID-19 pandemic risked exacerbating malaria deaths in some parts of the world.

“TB patients came in like skeletons and could barely breathe”

After the collapse of the Soviet Union, TB wreaked havoc in Kyrgyzstan. The number of cases reached an all-time high in 2001. Since then, new technologies and treatments have helped reduce the burden, but multidrug-resistant TB remains a serious concern in the country. 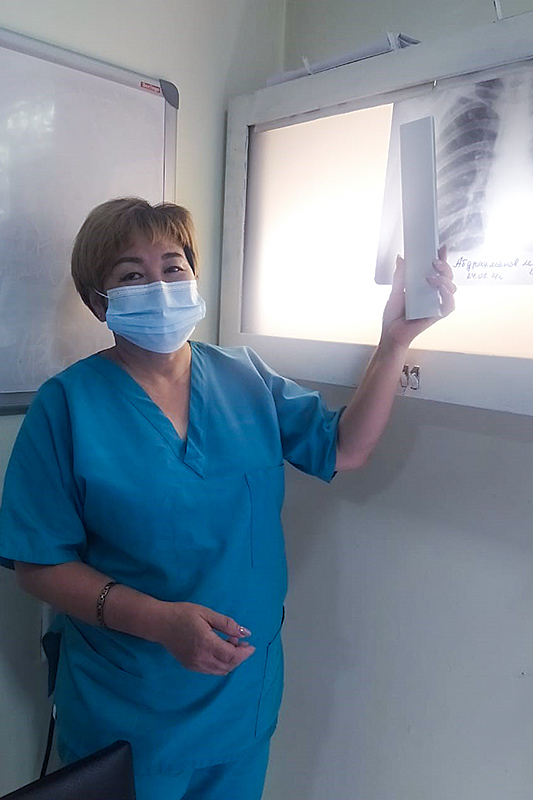 Janyl Jeenbekovna Kyzalakova began working as a TB doctor in Kyrgyzstan in 1996, not long after the country’s independence. “These were difficult times,” she says. “The population was poor, and there were severe social and material problems. The hardest moments were when we lost children.”

In the early 2000s, Dr. Kyzalakova joined the Chui TB hospital, which treats sensitive forms of TB, as a resident doctor. She and her patients have experienced significant changes over the past two decades. “With the introduction of innovative technologies for diagnosing and treating TB, the situation has improved,” she says.

“Twenty years ago, TB patients often had severe symptoms of intoxication and respiratory failure, and we used to lose patients due to excessive bleeding in the lungs. I haven’t seen profuse bleeding for the past 7-8 years,” says Dr. Kyzalakova.

During his 59 years as a TB doctor, 85-year-old Sultanmurat Atabekovich Cholponbaev has also observed dramatic improvements. “In the beginning, people came in like skeletons and could barely breathe. There were more severe forms of TB,” he says. 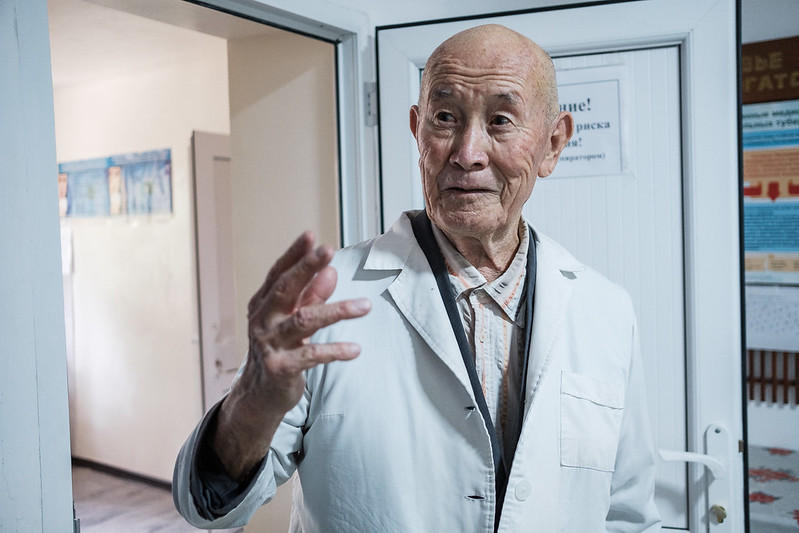 Much has happened since, and Dr. Cholponbaev says that international organizations like UNDP, the Global Fund and USAID have brought about “great changes” in the country. “The methods and treatments they’ve supported are very effective,” he says.

Still, Kyrgyzstan is one of the 30 countries in the world burdened with the highest levels of multidrug-resistant tuberculosis. These problems have become even more urgent during the COVID-19 pandemic. According to WHO and the Stop TB Partnership, sharp drops in TB testing, notifications and treatment seen in high-burden countries in 2020 are expected to lead to increased deaths.

“We knew the AIDS patients would never walk out alive”

At the start of the millennium, AIDS was the leading cause of death in sub-Saharan Africa and South Africa was one of the hardest-hit countries. Twenty years later, the country’s antiretroviral treatment program – the largest in the world – has transformed the situation.

In 2001, Mandisa Dukashe started as a young nursing student in a hospital in the Eastern Cape, South Africa. She has painful memories of the AIDS patients at that time: “They were very ill, emaciated. Most of them were suffering from severe infections like TB and meningitis,” she recalls. “Those who had meningitis looked disturbed, psychotic. After a day or two, they died. 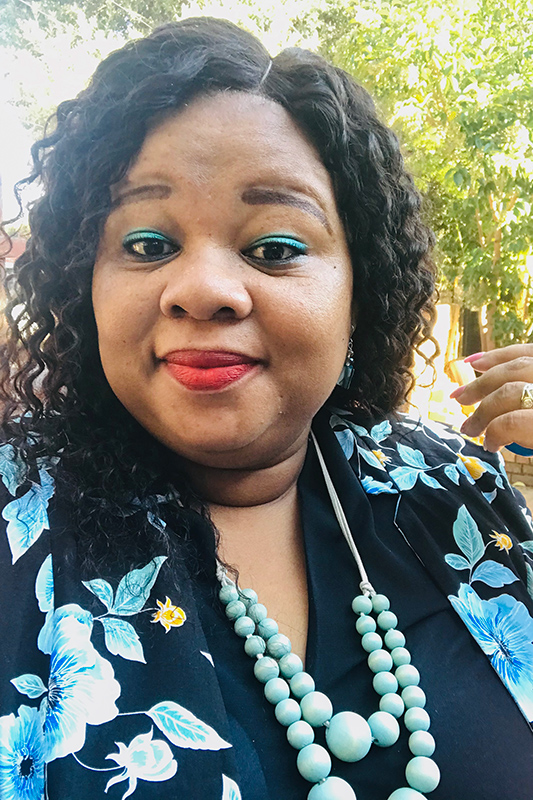 “When they came to the hospital in that state, we knew they would never walk out alive – they were all carried out in coffins. They were taken to the side ward, where we put patients who we knew were going to die.”  Most of the victims were aged between 18 and 40, and many had children who ended up orphaned.

There was nothing the staff could do to help the patients, as anti-retroviral therapy was priced at nearly US$10,000 a year – well beyond the reach of most people in South Africa. “All we could do was try to keep them comfortable. I would sit beside them and feed them a spoon or two, to make sure they ate something,” says Dukashe. South Africa’s public HIV treatment program was launched in 2004–2005, with support from the Global Fund and other organizations.

Dukashe says it took some time before widespread access to anti-retroviral therapy truly changed the situation. “Many patients only came in when they were already very sick, so they weren’t strong enough to start treatment straight away,” she says. “But after a while, things really improved. Those who got treatment started getting better already after a week. They were no longer wheeled into the side ward.”

Despite remarkable progress in the fight against HIV and AIDS over the past decades, the United Nations has warned that the COVID-19 pandemic has exacerbated inequalities, disrupted health systems and pushed access to HIV treatment, prevention and care services further off track.