This year marks the 20th anniversary of a watershed event in the story of AIDS activism and the creation of the Global Fund: the first United Nations (UN) special session on HIV and AIDS.

To celebrate two decades of the Global Fund partnership, we showcase five examples of the many triumphs achieved by activists in the fight against the pandemic.

The 2001 special session on HIV and AIDS marked the first time in history that a disease had been treated as a security issue, rather than just a social or humanitarian problem. In an unprecedented move, the UN invited speakers representing civil society from both the North and South. 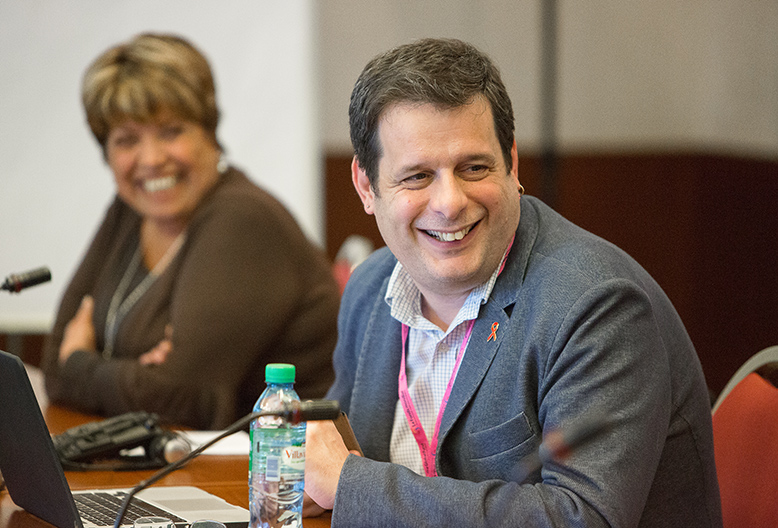 At the end of the session, all UN member states signed the call for a global HIV/AIDS and health fund to finance an urgent response. Thanks to the leadership of the then UN Secretary-General, Kofi Annan, and tireless pressure from activists, the final declaration included the key phrase: “We need a Global Fund for this disease”.

Javier Hourcade Bellocq, AIDS activist and later Global Fund Board member representing Communities Living with AIDS, TB and Malaria, said at the time: “The challenge is to go from words to action, from consensus to leadership… We must reduce the grotesque difference between those with treatment and those who will die of AIDS without such access. Those who live with disease are not part of the problem – we are part of the solution.”

Activists from around the world rallied outside the meeting to monitor and cajole governments into action. This practice was to become routine at all subsequent UN meetings on HIV and AIDS.

A few weeks later, Annan charged the first working group with defining the new organization. He gave the group, in which Hourcade Bellocq was the civil society representative, just six months to get the new Global Fund up and running.

First Global Fund Board meeting: Activists and communities invited to the table

When the Global Fund Board met for the first time, in January 2002, it had a ground-breaking structure. Previously it had been unthinkable for activists and affected communities to have the same number of votes as national governments, some of whom were donating millions. 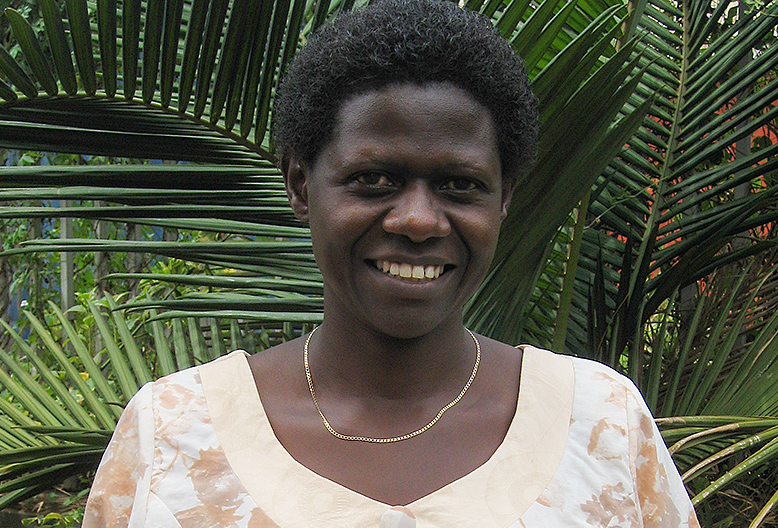 Milly Katana, a long-term activist and Director for Senior Support Services at Uganda’s Health Right Action Group, was the first Board member representing developing country NGOs. “It was different as the affected communities had a space at the table where decisions were made,” she says. “We were also very happy to see developing countries like Rwanda and Nigeria putting money into the pool. The Fund was for all of us!”

The Board swiftly introduced the country coordinating mechanism (CCM). This was critical to ensuring that the inclusive decision-making approach used at Board level was mirrored in implementing countries. Each CCM includes representatives of non-governmental and faith-based organizations, government, donor agencies, people living with the diseases, the private sector, academia and technical agencies.

“The CCM was a new dawn,” says Katana. “Now, NGOs were allowed to be part of the decision-making process at the country level. This made us feel empowered even though in most countries, the Ministries of Health still had a bigger say.”

Today, all countries in which the Global Fund invests have CCMs in place – a requirement for applying for support.

Activists in the global South started fighting for access to antiretrovirals (ARVs) in the late 1990s. At the time, ARV treatment was becoming available in wealthy countries but remained unattainable for most people in low- and middle-income countries. Organizations like South Africa’s Treatment Action Campaign (TAC) demanded that these inequities be redressed.

In 2001, when Dr Vuyiseka Dubula-Majola discovered that she was HIV positive, she was only 22. “There was no access to treatment then, especially if you didn’t have any money. Discussions about the idea of a Global Fund were only just beginning. People thought it was crazy, that the money would just disappear. But we activists said that we were prepared to hold our governments accountable.” 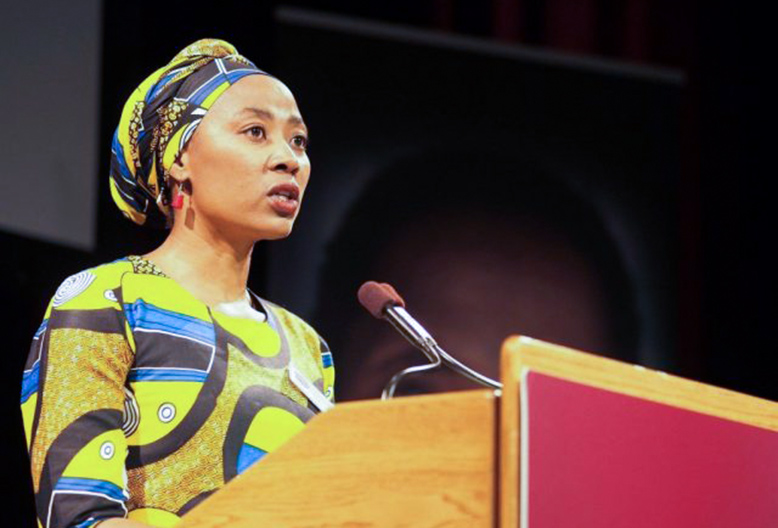 As a TAC activist, Dr Dubula-Majola joined mass demonstrations, demanding treatment for everyone. “At the time, some donors said it was pointless to give us drugs because we wouldn’t be able to tell the time and take our medicine correctly. We weren’t even seen as human beings. But we proved everyone wrong.”

In 2004, South Africa – one of the countries hardest hit by HIV at the time – launched a national program for ARVs, largely thanks to the work of TAC and other activists.

With access through the government program initially limited, the Global Fund decided to support the provision of ARVs in one province, the Western Cape. “That way we could showcase what could be done, so others could follow,” says Dr Dubula-Majola. “We were shifting the ground to show that the drugs really worked.” Gradually, other provinces followed in their footsteps.

Dr Dubula-Majola has now been on ARV treatment for 16 years. “I’m one of millions of beneficiaries who wouldn’t be sitting here without the Global Fund,” she says.

In June 2016, Thailand became the first country in Asia, and the second in the world, to eliminate mother-to-child transmission of HIV. Dr Margaret Chan, then head of WHO, hailed the achievement as a “clear signal that the world is on the way to an AIDS-free generation”.

In the 1990s, HIV/AIDS in Thailand shifted from an epidemic that primarily spread among sex workers, intravenous drug users and men who have sex with men, to one that increasingly affected the wider population, including many pregnant women.

Treatment was expensive and unavailable through the Thai public health system. However, democratization and constitutional changes towards the end of the decade offered a window of opportunity for change. Civil society organizations leapt at the chance to apply political pressure and reshape health policy.

A new partnership bringing together civil society, politicians, bureaucrats and physicians led to the launch of a universal healthcare coverage scheme (UCS) in 2001. Thanks to well-organized activism with the Thai Network of People living with HIV/AIDS at the forefront, this new scheme included a program for the prevention of mother-to-child transmission of HIV (PMTCT). 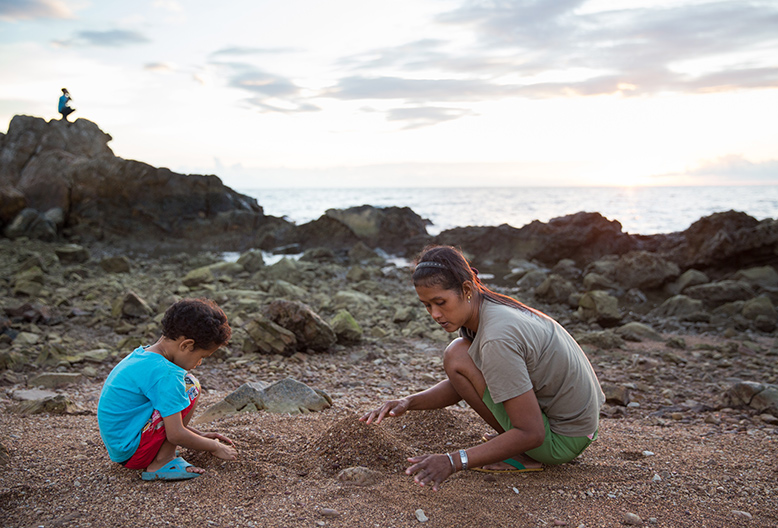 Anya Nopalit was one of the first Thai mothers to benefit from free PMTCT treatment and counselling for pregnant women living with HIV. As a result, her son was born free of the virus. “I was so happy when the doctor told me he was HIV-negative,” she said. She has since had another little boy, who is also free of HIV.

At the Global Fund’s Sixth Replenishment Conference in Lyon, France, in October 2019, donors pledged US$14.02 billion – the largest amount ever raised by a multilateral health organization. Among the countries making pledges, a record 24 were implementing countries in Africa.

Powerful and moving testimonies from speakers describing how AIDS, TB had malaria had impacted their lives played a key role in securing this record funding. 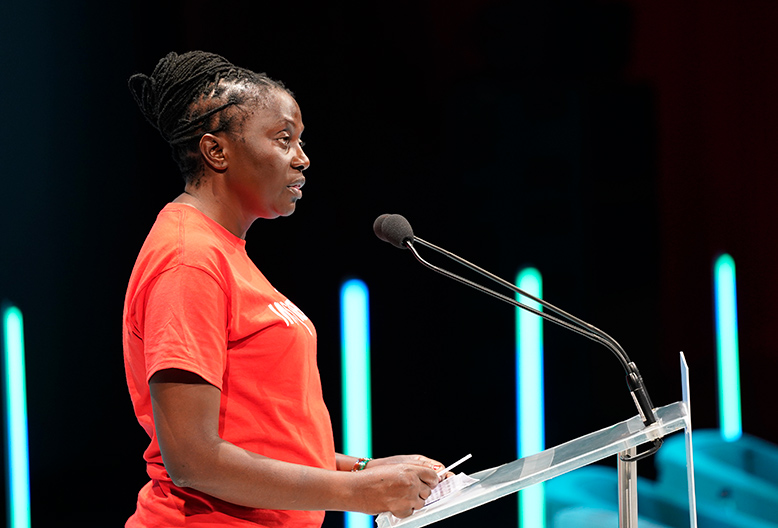 Zambian advocate Connie Mudenda, whose three children died of AIDS, called on global leaders and heads of state to act. “I lost my children because I was unlucky. We need to take luck out of the equation and put justice in its place,” she said. 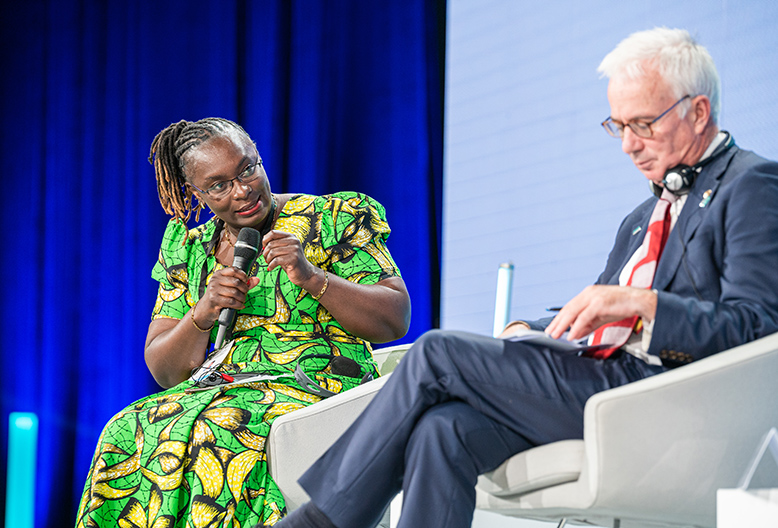 Maurine Murenga highlighted how the face of the disease today has become that of a young girl in Africa. “It is unacceptable that young women and girls are still twice as vulnerable to HIV in sub-Saharan Africa and six times more vulnerable in the worst hit countries,” she told the participants. “We know change is possible and we have to act now.” 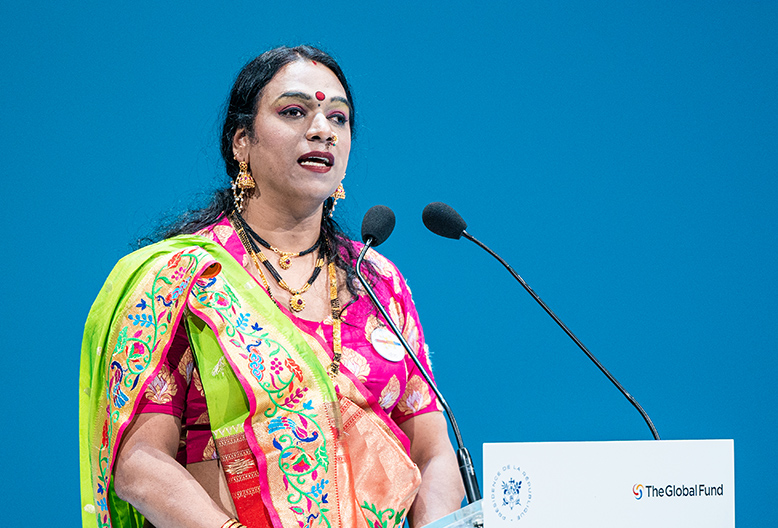 Abhina Aher, a hijra activist from India, spoke passionately about the impact of HIV on transgender people, a high-risk and often neglected group. “There are more than 70 million transgender persons across the globe, nearly half of whom are vulnerable to HIV. We are the most visible and invisible community – you can see me, but you can’t recognize me.”

Like many other young hijras, Aher became a sex worker to pay for a gender transition hormone treatment – exposing her to both violence and disease. Today, she is the first hijra woman to design and implement Global Fund HIV programs that focus on transgender people.

How COVID-19 is impacting HIV activism

By stretching health systems to the limit and impeding access to information and treatment, the COVID-19 pandemic threatens to reverse progress made towards ending HIV as an epidemic. Civil society leaders and activists around the world must now respond to the new pandemic while continuing their fight against HIV. 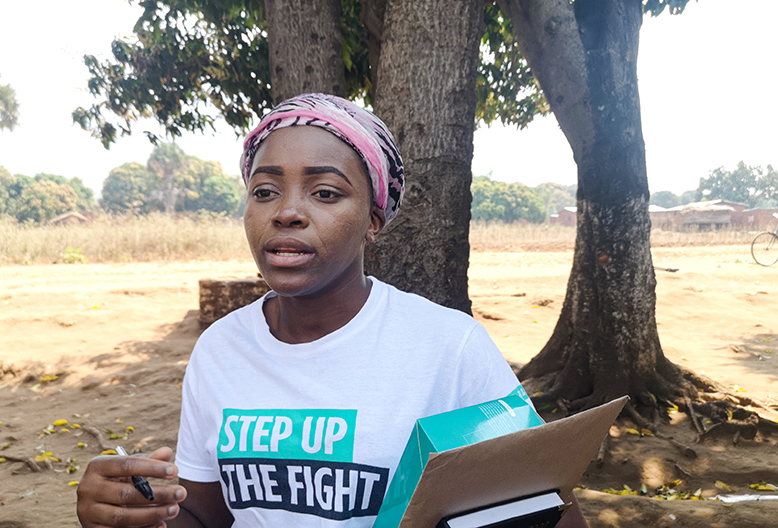 Grace Ngulube, who was born with HIV, is a board member of the National Association for Young People Living with HIV in Malawi. She travels across the country to meet adolescent girls who have been left isolated and lonely by measures introduced to curb the pandemic.

“When schools were closed, my phone kept beeping incessantly with messages from adolescent girls and young women,” she says. “For many, home had become a place of loneliness, fear and abuse. They felt isolated, they needed money, they didn’t know where to get access to HIV treatment and contraception services.”

Heroes like Ngulube are keeping up the fight in the direst circumstances – paving the way for many more activist successes in the years to come.