Twelve-year-old Francis had classmates who used to tease him and call him “TB boy.”

It is one of the many painful memories he has of his years-long fight against this deadly yet treatable disease.

“We did not give up and now Francis is well,” says Francis’ uncle Stanley Aisaga.

Francis, his parents and four siblings live in Inawabui, a village in Papua New Guinea’s Central province. His father earns just enough to support his family by selling betelnut and mustard.

It was back in 2014 when Francis was only five years old that he started feeling sick. The family took him back and forth to their local health facility where he was eventually diagnosed with tuberculosis (TB). He was admitted for months at a time and was put on treatment, but his health condition never completely improved.

In 2020 Francis became very sick, so his father took him to Port Moresby General Hospital in Papua New Guinea’s capital city. There, he was diagnosed with multidrug-resistant TB and was put on an aggressive treatment plan that included painful daily injections. Francis spent four months in the hospital.

“He was living with pain and would say that he didn’t want the injections,” says Uncle Stanley.

But Francis persevered and was able to leave the hospital and continue with an all-oral medication plan at home. He needed only to return to the capital city once a month to collect his medication and have his doctor review his treatment progress.

Diagnosing TB in children can be challenging – among other factors, TB symptoms are often similar to other childhood illnesses and specimen collection from children is not always easy.

Papua New Guinea is one of the world’s 30 high-burden TB and multidrug-resistant TB countries, and according to the latest available data from 2020, nearly 1 in 4 of the country’s notified TB patients (approximately 6,200 people) were children.

While Francis was happy to be out of the hospital, his fight against the deadly disease was far from over. Francis was taking up to 10 pills a day and his family struggled to cover the transportation costs for his monthly hospital visits.

“It was a challenge, but he wanted his son to get well. So, despite these problems Francis’ dad kept bringing him to the hospital,” says Uncle Stanley.

Fortunately, Francis and his family were connected to TB Program Leader John Gana from HOPE Worldwide Papua New Guinea, an organization that receives Global Fund investments along with World Vision Papua New Guinea to support the national TB program to help fight the disease across the country. 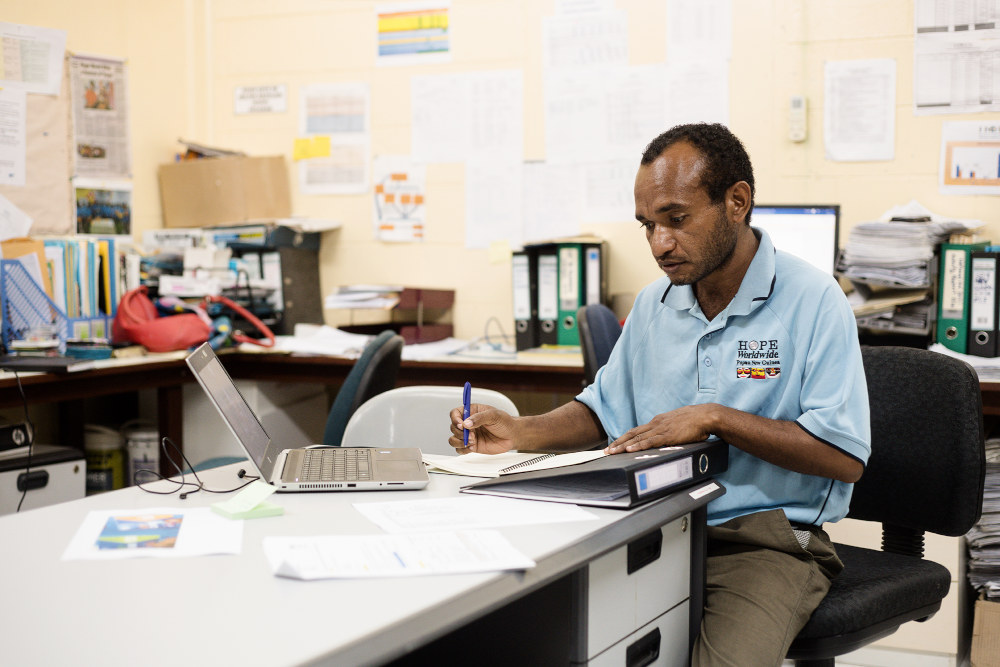 When Francis and his father went to collect his monthly medication, John provided them with support to pay for their transportation costs to and from the hospital, vouchers to purchase food as well as health care advice and counseling for the entire family.

This past February, 18 months after Francis was diagnosed with multidrug-resistant TB, his doctors confirmed that he had completed his treatment and that he did not have to return to the hospital for six months.

The Global Fund, together with donors including Australia’s Department of Foreign Affairs and Trade, is working to strengthen Papua New Guinea’s national TB program.

This includes improving case detection and diagnosis of drug-resistant TB, through the procurement of GeneXpert diagnostic machines and cartridges; upgrading central- and provincial-level laboratory infrastructure; and ensuring adequate specimen transportation.

Global Fund investments in Papua New Guinea also help with the procurement and distribution of first- and second-line TB medications and support the development and implementation of community TB care in 12 high-burden provinces. This work includes reinforcing the skills of health workers to care for children with TB like Francis. 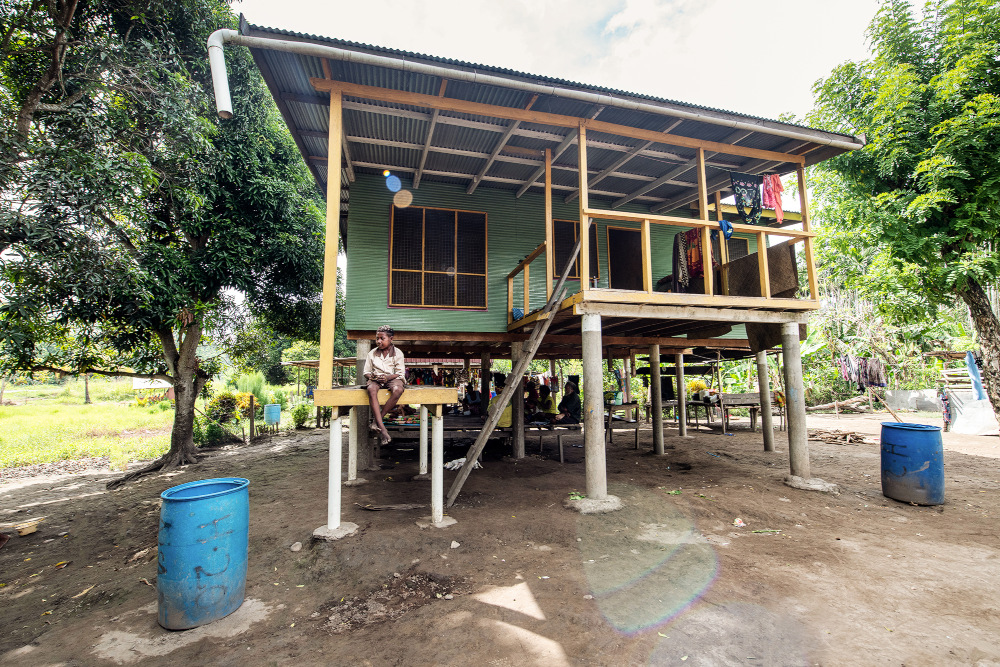 Francis sits outside of his family home in Inawabui, a village in Papua New Guinea’s Central province
The Global Fund/Roan Paul