Monica encourages everyone in her community to know their HIV status by getting tested regularly. And if HIV positive, she encourages them to stay on their medications.

She says this is particularly important for pregnant women.

“Pregnant mothers living with [HIV], please continue to take your medication and your baby will be okay,” she says.

A mother of two boys, she lives with her family in Kerema, a town 300 kilometers north of Papua New Guinea’s capital city Port Moresby.

Monica’s eldest son, 3-year-old George, is HIV positive, while her second son, 2-year-old Jack, does not have the disease.

Monica explains that she found out she was HIV positive a few months after giving birth to George in 2019. At the time, health care workers could not determine why the little boy was sick and losing weight. Eventually, both Monica and George were tested, and both were HIV positive. They were connected to a health clinic and put on lifesaving antiretroviral medicines (ARVs). Baby George’s health drastically improved.

About a year later Monica and her husband found out she was pregnant with their second son. They were overjoyed, but Monica admits she was terrified he would also have the virus.

“When I gave birth to him, I thought that he would be [HIV] positive, but his test came out negative,” Monica says about her youngest son Jack.

Jack was protected from HIV because Monica had access to prevention of mother-to-child-transmission programs throughout her pregnancy including access to ARV treatment. 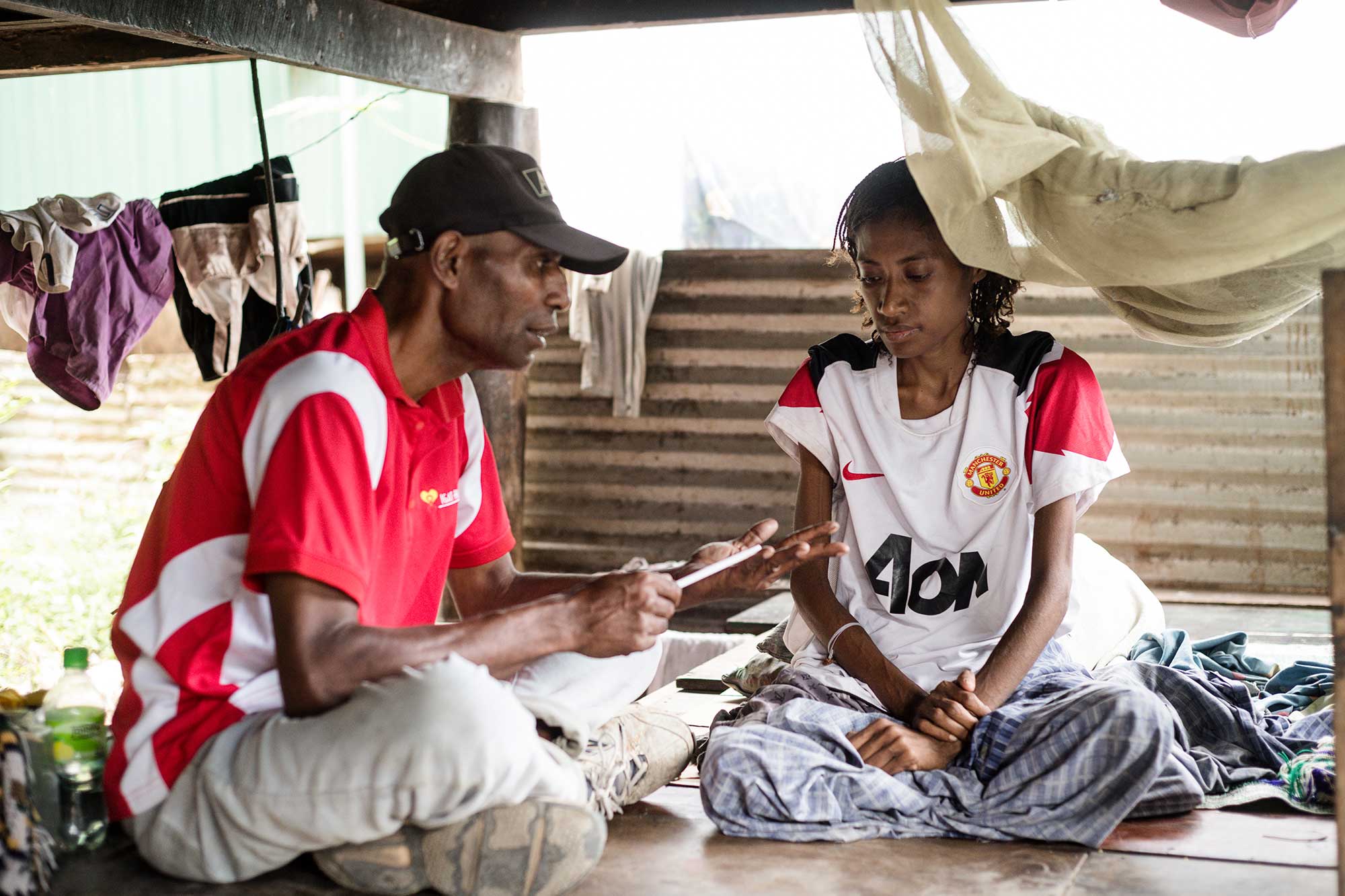 More than half (56%) of the estimated new HIV infections in PNG are among women, and 45% of these infections are among adolescent girls and young women aged 15 to 29.

The Global Fund works closely with the National HIV Program and a range of partners in PNG including World Vision, UNAIDS, WHO and Anglicare to ensure those most at risk of HIV have access to prevention, treatment and care. This includes strengthening health services to prevent HIV transmission from mothers to their babies.

“I always encourage others to go find out about their status and not to hide it. There is medication available, the doctors will help and guide you,” says Monica.

Over the last two decades, the Global Fund has invested US$24.4 billion into HIV programs across more than 100 countries. Programs protecting mothers and children from HIV have been a core component of these investments.