One afternoon in May, Neema Waziri walked up a dirt street in Dodoma, Tanzania, her bag brimming with condoms. Neema, 22, a single mother of one, was here to face her past – and her future. She was headed to one of the busiest road junctions in her neighborhood, where young men running motorbike taxis were parked waiting for customers.

Young girls and women in Tanzania are disproportionately affected by HIV. To support her peers overcome this challenge, Neema Waziri leads a community initiative to empower girls. She has lit a fuse in her community, galvanizing young women to gain the knowledge, the passion and the agency they need to shape their destiny.

As a community health worker and an HIV peer educator, Neema knows how early pregnancies and HIV infections have derailed the dreams of many girls and young women in her community, her country and her continent. Young girls and women in east and southern Africa are disproportionately affected by HIV. Around 4,900 adolescent girls and young women aged 15-24 years become infected with HIV every week in sub-Saharan Africa. Most of these infections happened in east and southern Africa.

To support her peers overcome this challenge, Neema leads a community initiative to empower girls. She has lit a fuse in her community, galvanizing young women to gain the knowledge, the passion and the agency they need to shape their destiny. 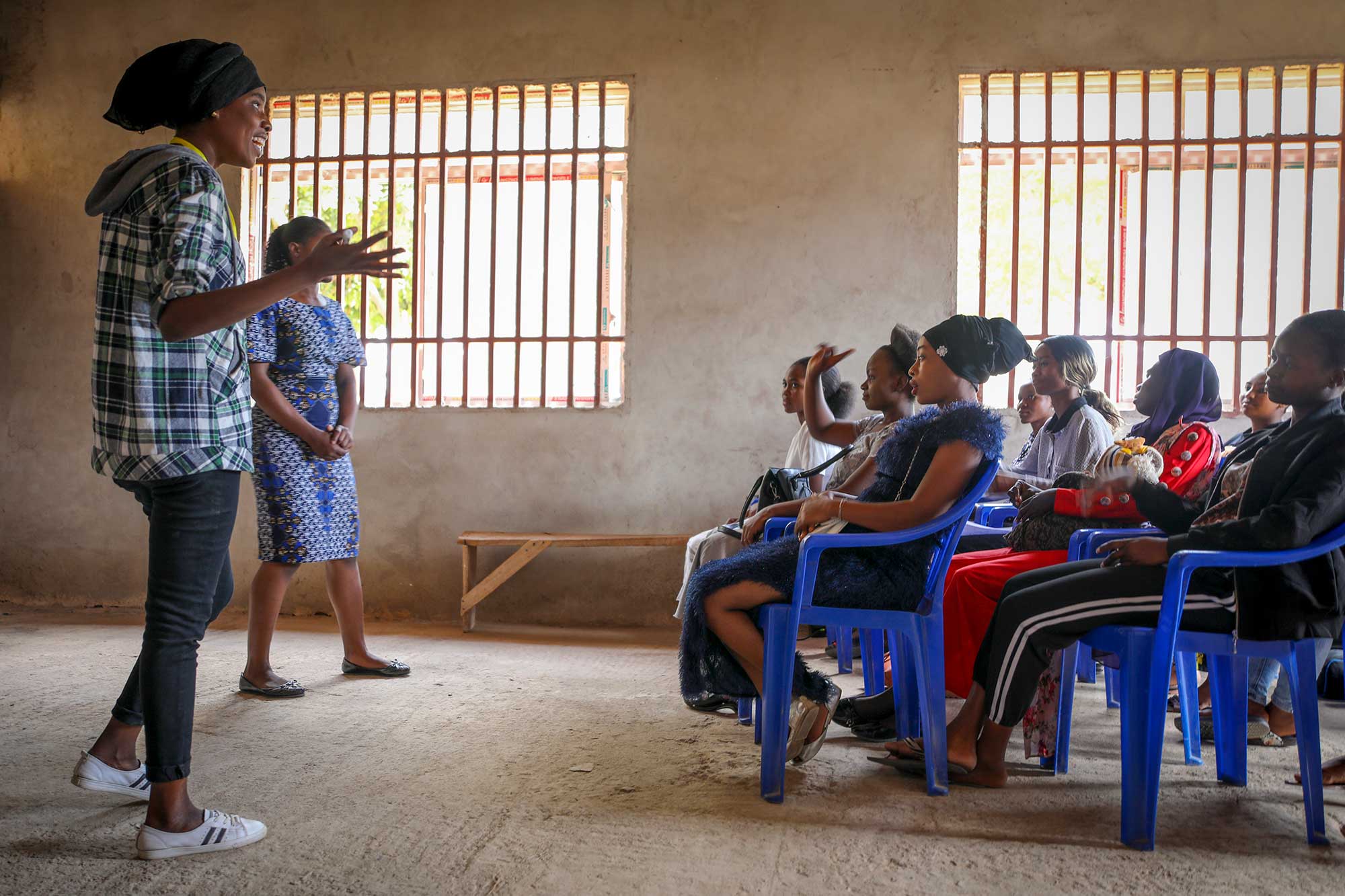 “Our work aims to prevent girls and young women from having unplanned pregnancies or from being infected with HIV,” says Neema. “We want girls to be able to raise their voices. If they meet up with men, they can stand up for themselves. They can negotiate the use of condoms.”

To get there, Neema sees her own past as an instructive guide. She knows that to beat the HIV epidemic among young women and girls, she also needs to reach out to men – especially those from groups known to befriend young women and girls in her neighborhood. She knows the importance of this task firsthand, as her motorbike rider boyfriend got her pregnant four years earlier, immediately after she finished high school. The man then rode out of town, never to return – Neema has not heard from him since.

That recent afternoon at the motorbike lot, she engaged riders, offering them HIV education and condoms to prevent the virus. While she did not achieve her dream to become a doctor, she is happy that she is now playing another role that will save many lives.

“My dream of becoming a doctor did not come true: I encountered challenges. So, when the opportunity to work with girls' health came my way, I took it,” Neema says. “Today, I love what I do. The girls I work with have gained confidence because we learn a lot of things. Together, we have prevented many infections.”

Neema and other HIV peer educators in Tanzania and beyond have set their sights on ending the HIV epidemic that affects young women and girls. They are acting as the first line of defense in stopping today’s infectious diseases, like HIV, and in preparing for other diseases to come.