In Kyiv, call center operators like Mikhail Dyagterev provide counselling and help to protect the rights of people who inject drugs.

Since the start of the conflict in Ukraine in late February 2022, more than 14 million people have been internally displaced or forced to flee to neighboring countries as refugees. These displaced people often lack access to health care, HIV and tuberculosis (TB) prevention and diagnosis services have been disrupted, and many people with HIV and TB have been forced to interrupt their treatment.

Even before the conflict, Ukraine had a high HIV and TB disease burden. Since the invasion began, more than 380 health facilities have been damaged or destroyed, including three TB hospitals, leaving health care workers and patients displaced, injured or killed. Our work with partners in Ukraine and neighboring countries has focused on prevention, testing and treatment for HIV and TB – this has now been challenged by the dangerous environment caused by the conflict.

In March 2022, the Global Fund approved US$15 million in emergency funding to support the continuity of HIV and TB prevention, testing and treatment services in Ukraine. This is in addition to the US$135.7 million in grants and catalytic matching funds allocated to Ukraine to support the fight against HIV and TB in the country over the 2020-2022 period and US$54.5 million for the country's COVID-19 response – totaling nearly US$190 million. The Global Fund has also approved over US$28 million to reprogram existing grants to respond and adapt to the programmatic needs in the country.

Some of our partner organizations are still working at partial capacity due to the fighting and insecurity, and we are working closely with all our partners to carry out critical work required to strengthen health care and community systems and ensure patients have ongoing access to prevention, testing and treatment for HIV and TB. This includes funding for:

Support to Ukrainian Refugees and Host Populations in Neighboring Countries

More than 6.6 million refugees have fled to other countries since the conflict began, with the second highest per capita concentration going to neighboring Moldova. Despite its small population, Moldova is one of the top 30 countries in the world in absolute numbers of people with drug resistant-TB.

The Global Fund has agreed to top up Moldova’s existing TB/HIV grant with up to €1.2 million from the Emergency Fund to support urgent needs to maintain uninterrupted HIV and TB treatment for Ukrainian refugees and the host population.

The HIV and TB Situation in Ukraine

Prior to the conflict, Ukraine had made remarkable achievements in combatting HIV and TB.

Good progress has been made on HIV since the Global Fund began investing in the country 20 years ago, both in terms of linkage to treatment and viral suppression, as well as in significantly reducing infections and deaths. In 2021, 75% of people living with HIV knew their status, 83% of those diagnosed were on antiretroviral therapy (ART) treatment and 94% were virally suppressed. Domestic financing for HIV prevention services for key and vulnerable populations also increased, as did the capacity of community-led organizations.

The incidence rate of TB fell steadily between 2015 and 2020, from 91 to 73 cases per 100,000 population, according to WHO data. ART coverage among people living with both TB and HIV increased from 65% in 2015 to 91% in 2020. However, the prevalence and mortality level of TB remain high in the country and drug-resistant TB remains a public health threat.

To date, the Global Fund has invested more than US$857 million in Ukraine for HIV and TB programs since 2003, as well as investments to support the adaptation of health service delivery through the COVID-19 pandemic. This adaptation and increased resilience of health services and community systems has proven invaluable, especially as hospitals have been damaged or destroyed and people continue to be displaced, causing them to lose access to health care, including treatment for HIV and TB. 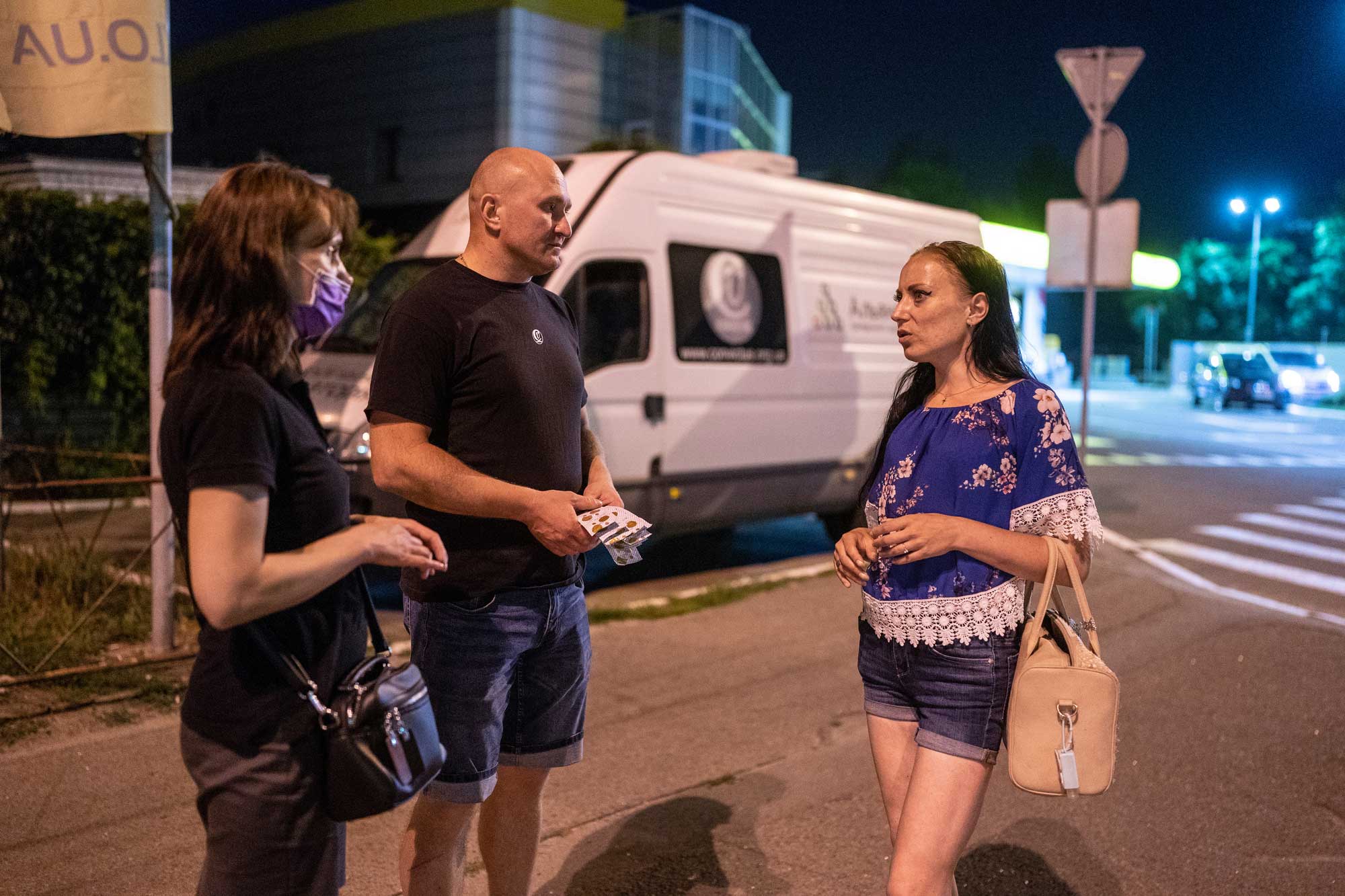 Ukraine: Breaking Down Human Rights Barriers to Accelerate the Fight Against HIV

Over the last two decades, the world has made tremendous progress in the fight against HIV. In countries where the Global Fund invests, AIDS-related deaths have dropped by 65% since the Global Fund was founded 20 years ago. But progress has not been even and inequalities continue to fuel the HIV epidemic.